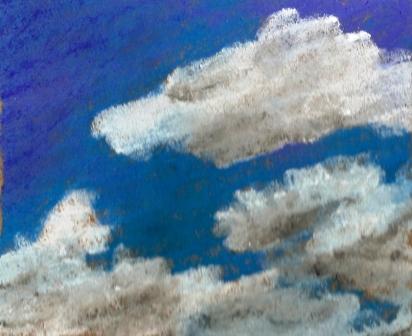 It’s All about the Weather

Everyone talks about the weather. It doesn’t matter where you live. And it always goes something like this, “I’ll be glad when the hot, cold, rainy, snowy, windy weather is over. But at least we don’t live up north, out west, back east, down south where they have floods, humidity, hurricanes, 3 feet of snow, freezing temperatures, 100 degree temperatures”. My wife Katie is from Hawaii. Weather wise I don’t think it can get much better than there, but still people talk and complain about the weather.

When people retire and try to decide where to go, weather always seems to be a major factor. They want to get away from “bad weather” and move somewhere with “better weather”. We’re usually trying to get away from some part of the weather we don’t like. In our case it was the excessive amount of cloudy days and rain in Washington. Also people move to places where they feel their aches and pains and other ailments will get better because of the dry atmosphere, cooler air, warmer air, higher altitude, lower altitude, more sun, less intense sun etc.

As a counselor, I’ve read a lot about what factors are important for a happy, fulfilled life and weather is never mentioned. Factors that are mentioned are, close supportive relationships, meaningful productive activities, a basic feeling of self-worth, ability to adapt to change and religious faith or being grounded in a basic philosophy of life.

There is, however, the diagnosis of Seasonal Affective Disorder, (SAD) which seems to have some validity. Some people who live in places where it is cloudy and dark much of the year tend to get depressed as a direct result. There is also evidence of higher rates of suicide and alcoholism in low light areas. Light therapy is prescribed as an antidote.

Weather is something we all experience and this gives us a readily available topic of conversation, even with people we don’t know. It serves as sort of an ice breaker. I would often talk to clients about the weather as we walked to my office. It seemed rude and uncomfortable not to talk at all and I made the mistake more than once of saying “How’s it going?” which opened the flood gates before we could get safely behind my office door. The topic of weather seems to be safe territory.

Arizona in general has dry sunny weather. When I told people in the Northwest we were moving here, invariably one of them would say, “I couldn’t stand it, it gets too hot down there.” Conversely when I tell people here in Arizona that I’m from the Northwest, I often get the reply, “I couldn’t live up there, it’s too cloudy and rainy.”

Arizona is a big state and has many different weather patterns. For example Flagstaff is cold in the winter and can get quite a lot of snow. What is unique about the Southwest is the dry climate. There are big differences between the daytime and nighttime temperatures. The heat dissipates rather quickly after the sun goes down and conversely if it is cold at night the sun warms it up during the day. And even though the temperature is hot, with the low humidity it doesn’t feel as hot. However, 100+ degrees is hot no matter how you look at it. Turn on your oven to 100+ and stick a body part in there and you’ll get the idea.

We live in Green Valley a rather lush area in the Sonoran desert of southern Arizona. We have two rainy seasons, one in the winter and the main monsoon season in July and August. The average rainfall is about 15 inches a year. Ironically this is about the same yearly average as Sequim, Washington where we moved from. But here the rain really pours for a while and then the clouds go away. In Washington the rain drizzles and the clouds stay for a long time.

We have yet to spend our first summer here. We visited last July and the daily temperature was over 100 degrees. We were surprised to realize that we could still go hiking. We hiked in areas at higher altitudes where it was cooler. Mt. Lemon outside of Tucson was 72 degrees and Ramsey Canyon near Sierra Vista, which is a mile high to begin with, was in the high 70’s which was very comfortable for hiking. The rest of the time we either went to the pool or stayed in the air conditioning during the hot part of the day. How I rationalize this to those who are skeptical about living in a hot climate is, “Several months of the year we deal with the heat, how many months of the year do you deal with cold, rain or snow?”

Like I said before, good weather does not guarantee happiness, but at least I can get on my motorcycle and ride around and try to find it.