Introducing Gordon, who has contributed much to this retirement website (in his very British style of writing)!

Thanks Ever So Much, Gordon! 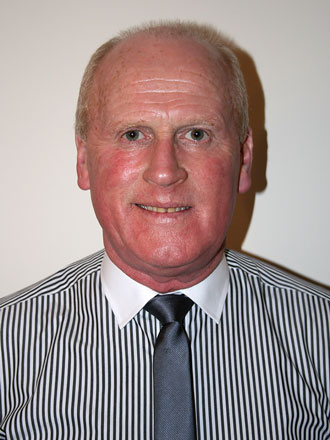 I am a former member of British Armed Forces and served thirty-four years as an Electrical Engineer - over the last fifteen years however, I worked as a military analyst in two of the MOD’s largest Headquarters within the UK.

Following my enlistment into the British Armed Forces during January 1976, I served in a number of locations worldwide – Northern Ireland at the height of the troubles, being quite easily the most difficult and demanding of all operational arenas I was engaged in.

I married and have two grown children. My wife remains as a Senior Nurse.

My aim is to live a very long and full life, to reach 120 years of age would be quite splendid. At that particular juncture, when the Grim Reaper comes a-calling - to pass away quietly in one's sleep remains the kind of peaceful conclusion I desire. If I must suffer a violent termination at that advanced age, then let it please be a speedy transportation into the hereafter - something akin to a shotgun blast at the hands of the jealous husband whose wife I have just been making love to – this too, I would settle on as an acceptable passing from Mother Earth.

My aim in joining this site is to establish communication with people of a similar thought-process. Despite the fact that I continue to produce material for the MOD from my study at home, I nevertheless do not feel inspired with my existence present- time; retirement can bring some awful and unforeseen woes.

I need a spark, something to re-ignite and restore my lines of communication, but with a new and fresh breed of souls – I trust therefore that this communiqué may see my yearning realised.

Gordon is a published author on Amazon! Congrats Gordon!

The Lentil Tree tells the story of several generations of powerful, passionate women, and the lengths they’d go to for the ones they love.

"Nina Schaeffer is just fourteen years old when, in 1945, her life in Germany gets torn apart and she is forced to escape to England, frightened and alone.

Over 70 years later, Nina’s granddaughter, Angela, comes to a crossroads in her own life... "

Are we Victims of Retirement, or, Victorious VIP’s in Retirement?

Recognizing the Need to Soldier On

Lost in the Future of Retirement

Looking Towards a Seemless Transition to Retirement

Year of Indecision -- Retire or not?

Retirement: The Life Beyond (Uncle Tommy)

First Love: the Agony and the Ecstasy

Burgers & Fries with a side order of laughter